Home Fashion Who’s Going On A Cruise After COVID? Lots of Women.

On Notarnicola’s cruise, passengers were only allowed onboard with a negative COVID test, and were tested again on the second-to-last day. The cruise was at less than half capacity, and buffets were reduced and helmed by servers. Guests went mostly maskless, though every worker wore a mask. When people gathered in large groups, Notarnicola remembers, they were politely asked to disburse.

No one minded. “I did not see one upset person on the cruise the entire time,” she laughs. “Everyone was just beyond excited to get back on the ship—we just wanted to be together and have fun.” Notarnicola is a millennial, and she runs a cruise-themed YouTube channel with her boyfriend. Her identity as a cruiser, says Susie Flores, a longtime travel advisor, isn’t far outside the norm. “There’s a stereotype, ‘It’s only for old people’—you think of retired people playing shuffleboard and bingo,” she says. “But I think cruising has evolved. This aspect of it being formal—it is not.”

Flores, who is 44 and a devoted cruise-goer herself, works with plenty of multi-generational families, parents with kids, and retirees. But there’s been a shift. “Recently we’re seeing an increase in millennial travel,” she says. Norwegian and Royal Caribbean cruise lines have implemented studio-style cabins, a departure from many years of suites and staterooms meant for families and couples.

Part of the draw of cruises, and the shift in clientele, is that for many people while cruises are definitely a luxury, they’re also much more within reach than, say, just flying to a tropical destination and camping out at a hotel for a week. “Cruises in general end up being so much more cost-efficient,” Notarnicola says, explaining how one upfront cost covers accommodation, travel to multiple destinations, activities, and three meals a day. “It’s just everything you need in one place—there’s nothing like it.” Flores agrees. “It is an appetizer sampler of a vacation.”

In this sense, cruise culture is a little bit like Disney-culture, or Broadway culture, or certain popular luxury brands. For a long time, they were mostly available to the ultra-wealthy, which made them seem glamorous and refined. Now these things are somewhat within reach of middle class people. Every person I spoke to who lives in the world of artisanal goods and upscale minimalism talked about going on a cruise in the COVID age as sloppy and stupid. But those same people plan to travel on planes, eat in restaurants, and take public transportation. To me, it seems like a class issue—judging people who enjoy a popular activity as not only having poor taste, but also worse judgment.

Flores isn’t concerned over vacation snobbery. She loves cruise culture—the kind people, the ease of travel, the connections with workers from around the world. “There’s also something very therapeutic about being out on the open sea,” she says. “You leave your worries on land, and it’s just you and the ocean. You open up your balcony door, smell the salty sea air, and there’s just nothing but blue all around.”

Slowly, cruise ships are lowering their gangways. Restaurants are filling; summer camps are teeming with children. The country is “not out of the woods yet,” CDC director Dr. Rochelle Walensky cautioned this week, pointing to a rise in infections and hospitalizations among unvaccinated people.

Some people will go on cruise ships, others will turn up their noses. But we are all, one way or another, out to sea. 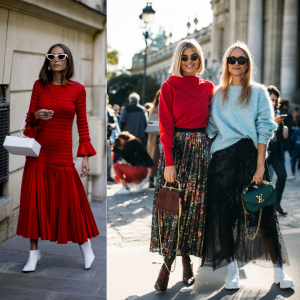 Planning for the New Year? Here Are 10 Positive Intentions to Guide You

The 10 Best Beach Towels on the Internet, According to Our Editors

19 Beautiful Cookbooks (So Pretty You’ll Want Them on Your Coffee...